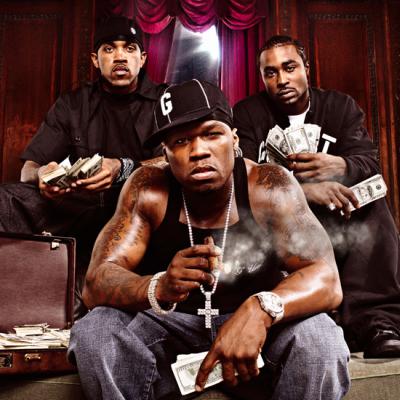 Though G-Unit became generally recognized as the brand name associated with 50 Cent, for instance serving as a catch phrase ("G-G-G-G-G-Unit!") as well as a record label (G-Unit Records), it in fact began as the name of his backing posse. G-Unit were originally a trio comprised of 50, Lloyd Banks, and Tony Yayo (often with the accompaniment of either DJ Whookid or Cutmaster C as their DJ), and this particular lineup resulted in a series of popular mixtapes during the early 2000s: 50 Cent Is the Future, God's Plan, No Mercy, No Fear, and Automatic Gunfire. Before the group had a chance to record its debut album for Interscope in the wake of 50's breakthrough with Get Rich or Die Tryin', Yayo was sentenced to prison for a gun-possession charge. His replacement, Young Buck, stepped up soon afterward, and the group continued its activity, working on yet more mixtape recordings and scoring some big-time success on the "G-Unit Remix" to 50's "P.I.M.P.," which also featured Snoop Dogg and got heavy rotation on MTV. Meanwhile, G-Unit recorded their debut album, Beg for Mercy, over the course of 2003, and Interscope finally rush-released the album on November 14 to combat bootlegging, preceding it with a lead single, "Stunt 101." Several other singles followed, including "Poppin' Them Thangs" and "Wanna Get to Know You." Yayo rejoined the group when he was released from prison in 2004. Other G-Unit affiliates included the Game, Olivia, and Mobb Deep. As 50's stature began diminishing in the late 2000s, however, several of his G-Unit affiliates either defected or were let go. 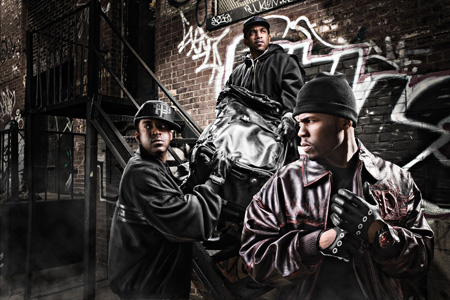